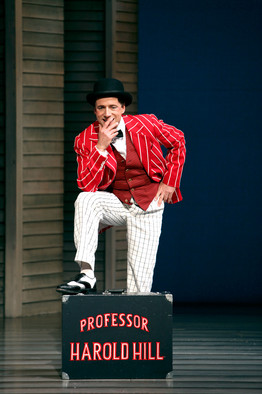 Back in the 70’s and 80’s, when I was a young coder, you could generally group programmers into two camps: those who thought that the GOTO statement was evil (including such luminaries as PJ Plauger and Edsger Dijkstra), and those who thought it was perfectly acceptable, when used responsibly (such as algorithm guru Donald Knuth). Of course, by the late 80’s, we were all migrating to object-oriented languages, and the notion of structured programming seemed … quaint. Objects were going to free us from the anarchy of procedural code, just as relational database management systems freed us from whatever-the-Hell we’d previously been tinkering with.

But a funny thing happened on the way to high-quality code: bad coders. Oh, there were always bad coders. We simply pretended that the problem was our choice of programming paradigm, and that Bjarne Stroustrop’s preprocessor would suddenly make lousy C programmers into great C++ programmers.  Of course, it didn’t.  So some other coders-in-denial created Java, with the intent of encapsulating great code into packages that could be called by lesser practitioners. It was an incremental improvement, but it opened the career door to many more programmers. And many of them were also bad coders. IDC recently estimated that there are now eleven million professional programmers in the world, and nearly eight million more that they refer to as “hobbyists.” Not me; not any more. I moved on, a long time ago. I just got tired of repairing the software equivalent of a film by Troma Studios – as one critic memorably put it, “dogshit with sprocket holes.”

“Ninety percent of everything is crud.” Theodore Sturgeon

The rise of Agile methods, as they are now called, began well before the 2001 conference in Snowbird, Utah that produced the Agile Manifesto. Scrum and Extreme Programming were in wide use, even as we were correcting old dogshit code in preparation for the year 2000.  The serious improvements came from XP’s pair programming and test-driven development. As long as you didn’t pair two bad coders, you got better code, and eventually, better coders. Then came Snowbird, and the Manifesto, and the Agile Coaches. And the obvious Pareto-truth, that 80% of the bugs were being inserted by 20% of the coders, was papered over in favor of Yet Another Salvation Myth.

Instead of focusing on the coders, the consultants wanted us to focus on how we organized, and planned our work. It wasn’t the coders’ fault that their code sucked – it was the way they were being managed.  The words “traditional” and “waterfall” became epithets, used to describe the reactionaries who would have us focus on code quality, rather than methods. The new word was “refactoring,” which sounds less judgmental than “we have to replace this unmaintainable, write-only, dogshit code.” Yessir, the real problem was project management, and (lately) this fixation on providing cost and schedule estimates. And all of these proof-free assertions fed on each other, until it seemed like you weren’t a real Agile coach unless you dismissed project management, not just for coders, but for all human endeavors. I recently had the temerity to say I wouldn’t want to fly in a commercial aircraft designed using Scrum, and was tut-tutted by a True Believer who reminded me that many modern software practices have their roots in auto manufacturing practices. Not “design,” but “manufacturing.” Egad, have you even read The Scrum Guide?

So I got quite a chuckle this morning out of Nick Pisano’s rebuttal to Neil Killick’s recent expansion of the War on Management, demonizing the “traditional” software contract. It’s bad enough that Neil and his fellow Accusers insist that any approach they don’t like is “command and control;” now they’re going to prepend “traditional” to software contracts? Intolerable! Nick shredded Neil’s assertions, admirably. I was still laughing when I sat down to write this, late in the evening.

To be clear: I embrace the values in the Agile Manifesto, as do most software project managers. I embrace Scrum, as an effective method of organizing small teams of software developers to deal with uncertainty. I follow Neil’s blog, and Tobias Meyer’s, and several other Scrum-lord blogs. They know a lot about Scrum, and modern methods. That they are wrong about other things is immaterial. I have no problem with them dispensing received knowledge and calling it science. Of course, I feel no particular sympathy for the lousy coders who find affirmation in their anti-PM blather, nor for their more skilled colleagues who enable their inability by cleaning up after them. As long as the ratio of chaff to wheat is tolerable, I have no objection to separating them.

But I fear that, until the competent software developers address the real problem – bad coders – we will still be fixing dogshit code, under one procedural name or another, for a very long time to come (“Technical debt?” Coder, please …). And since I am a project manager, I have to point out that these competent coders are thus assuming a risk they could easily avoid, if only they weren’t in denial.